ANIMAL FRIENDS OF THE VALLEYS

In 1987, the only animal shelter in southwest Riverside County was operated by the city of Lake Elsinore. There were two kennels on site– one housing the female dogs/puppies and the other housing the male dogs/puppies. There were two rabbit hutches; one housing the female cats/kittens and the other housing the male cats/kittens. The shelter was not open to the public for adoptions. Daily, a code enforcement officer went to the shelter to clean and feed the animals. Once a week the animals were driven to Riverside and euthanized.

The shelter was located on leased property from the Elsinore Valley Municipal Water District (EVMWD). Immediately, new kennels were built and a modular unit was purchased to house the cats, puppies, and other small domestic animals. Adoptions of homeless animals and operating the first humane animal shelter in the region began. The public’s animals were transported to low-cost spay/neuter clinics, a humane education program in the schools was implemented and a monthly low cost vaccination clinic put in place.

In 1996, after sheltering 15,595 animals and selling 8,084 licenses, the AFV board of directors realized a permanent facility to serve the human and pet population was needed. A lease with EVMWD for a 2.71 acre parcel on Mission Trail in Wildomar was obtained. AFV began working with George Meirs & Associates Architect designing a state-of-the-art facility.

In 1999, EVMWD needed to expand its water treatment plant. The shelter needed to be moved and EVMWD provided another location. AFV began building a “temporary” animal shelter, moving to that location in April 2000. The environment was not ideal; large dogs were in outside kennels where they (along with the employees and volunteers) had to endure the extreme weather conditions. Funds that AFV had saved to build a new shelter had to be used to build the temporary facility.

In March 2000, LEAF formally changed its name to Animal Friends of the Valleys to reflect the other communities and areas that it serves.

In 2005, Willa Bagwell, one of the original founding members, was named executive director.
On February 28, 2008, there was a tragic fire in the puppy/small dog modular during the early morning hours. It was determined to be caused by an unpreventable electrical short in the wall. Thirty-nine animals were lost in that fire.

In August 2010, AFV signed a Memorandum of Understanding (MOU) with the cities of Canyon Lake, Lake Elsinore, Murrieta, Temecula, along with Riverside County (which formed a Joint Powers Authority, “JPA”) to build the new state-of-the-art animal center. AFV provided the lease on the property where the shelter was built, finished the architectural plans with George Meirs and Associates Architects, and obtained all of the equipment, furniture and supplies needed for the shelter. The JPA sold tax-free bonds in order to finance the building of the shelter. AFV will receive the title to the shelter after the bonds are retired. The facility is a 32,000 sq. ft., indoor, temperature controlled shelter. AFV was selected as the operator of the shelter under an operating agreement with the JPA. The shelter was opened to the public on October 4, 2010.

On July 1, 2013, AFV opened the first low cost spay/ neuter clinic in Lake Elsinore at the former shelter location. The clinic is open five days per week. Low cost vaccinations are provided for the public’s animals. By November 2015, over 10,000 animals had been altered, 24,000 vaccines administered and 1300 microchips implanted. Many of the animals that are adopted from the shelter are altered at the clinic.

With over 28 years of providing programs to help reduce pet overpopulation, the dog and cat intake for 2014 was 9152, dropping 41% since 1996, while the number of licenses sold increased to 22,434. AFV has implemented many programs over the years which have helped educate the public about the importance of spay/neuter and helped many low income residents spay and neuter their pets. We are looking forward to a time when there will be no more homeless pets.

MISSION STATEMENT: Animal Friends of the Valleys is dedicated to promoting humane care of animals through education and a humane, pro-active animal services program. We are committed to preventing the suffering of animals and to ending pet overpopulation in the communities we serve.

VISION STATEMENT: AFV’s vision is to be recognized as the leading shelter by providing a safe haven for all animals, while becoming a full service animal care facility that offers quality and affordable care. Through community education and involvement, AFV will reach our vision to end pet overpopulation and find a home for every adoptable pet in our shelter.

COMPASSION FOR ANIMALS: As animal advocates, we are their voice. AFV treats all animals with respect and compassion.

EMPLOYEE EXCELLENCE: AFV employees treat each other, animals, and the community with respect. We have an open-door policy allowing employees to speak up and take risks. We do this by recognizing all performance standards in order to achieve success in our organization and by working as a cross-functional team.

OUTSTANDING COMMUNITY AND CUSTOMER SERVICE: AFV builds meaningful relationships by listening and understanding our customers, employees, and neighbors needs and wants. We do this by allowing open communication and active engagement.

BUILDING STRONG NETWORKS, PARTNERSHIPS AND ALLIANCES: AFV fulfills our vision and mission by being an integral part of and having the strong support of the community. We ensure this support through active communication with the public we serve and consistent targeted outreach efforts to stakeholders, both public and private. Additionally, we also provide excellent performance and cooperation with our member cities and partner agencies.

EDUCATIONAL ADVOCACY: AFV provides excellent training for our staff to excel in their current positions and for job advancement. We also provide educational opportunities to the communities we serve through our Humane Education Program, direct contact with current and future pet owners, in the shelter, and through field services.

FISCAL RESPONSIBILTY: AFV recognizes our generous donors, supporters and employees that help us achieve our financial stability and continued growth. We distribute our available resources effectively and responsibly. 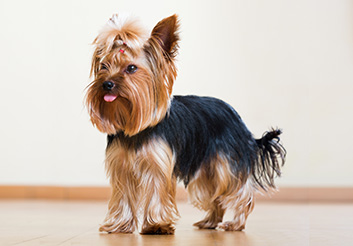 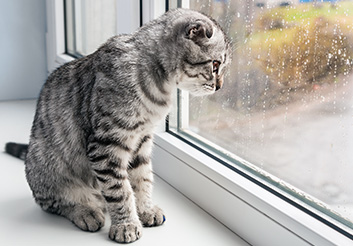